THE CAROL AND JAMES COLLINS FOUNDATION

The Vision that Started it All

More than six decades ago, an auspicious meeting with the brothers who founded McDonald’s led Jim Collins from constructing churches to building a restaurant empire.

A whirlwind of good fortune combined with the foresight to envision where the restaurant industry was headed helped the Navy veteran thrive. A deeply held belief in the importance of giving back prompted Collins and his wife, Carol, to create a foundation and pledge their support to a variety of causes, including The Collins College of Hospitality Management.

The businessman, humanitarian and philanthropist remains a force in the food industry, and graduates of The Collins College are Carol and Jim’s legacy.

The food business provided the link between Collins and Cal Poly Pomona. Restauranteur Al Levy, who supplied Collins with the meat for his Sizzlers, was on the board of The Collins College, which started as a department in the College of Business Administration in 1973. In the 1980s, the program’s growth prompted the establishment of the Center for Hospitality Management and subsequently the School of Hotel and Restaurant Management.

After Collins attended a board meeting at Levy’s invitation, he knew he wanted to get involved and donate.

The couple donated $10 million to the hospitality program in 1999, which led to the construction of a state-of-the-art learning complex and the renaming of the college in their honor. In addition to countless gifts throughout the years, they also made a $10 million leadership gift in 2018 to establish the Carol and James A. Collins Excellence Endowment. 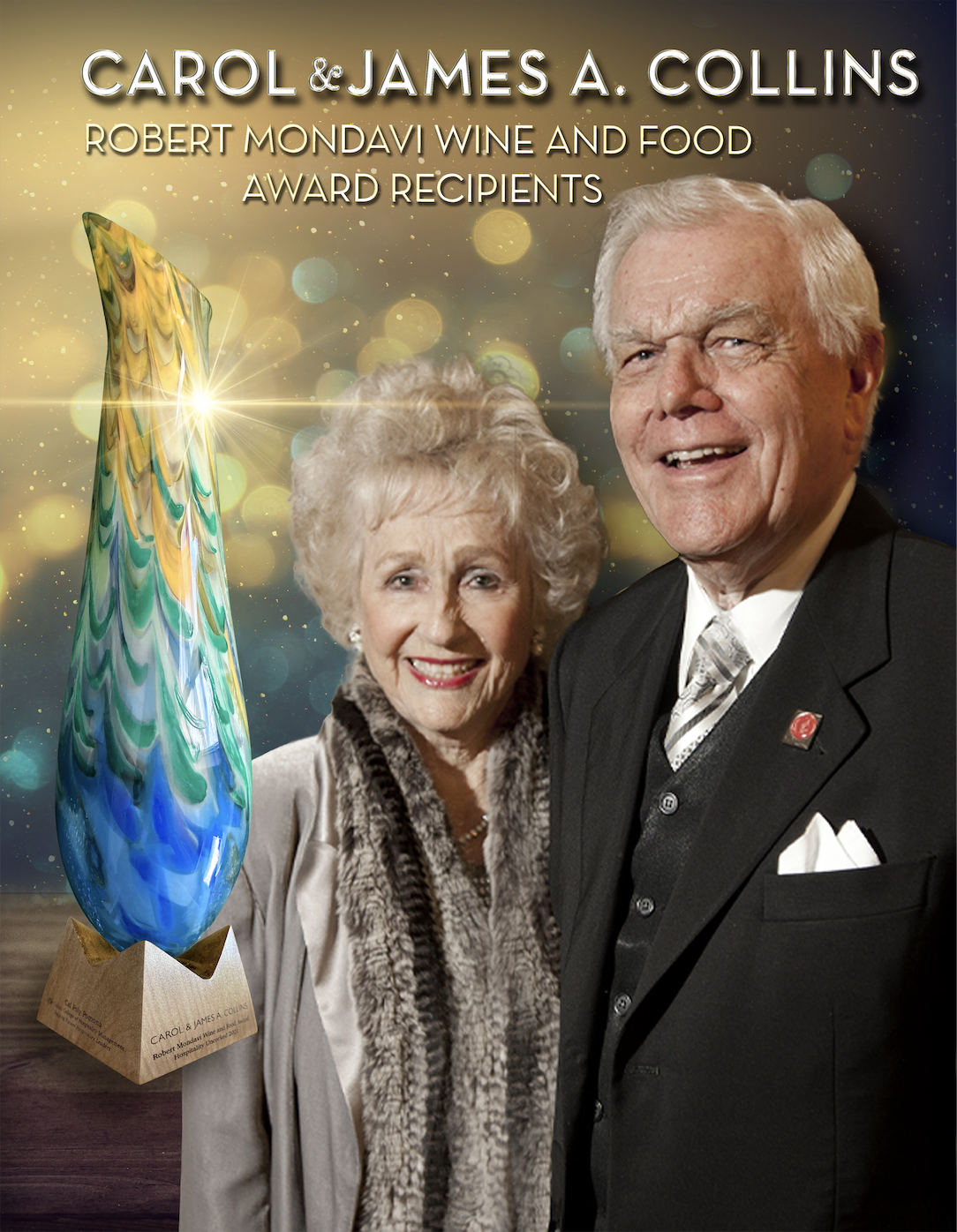 The Collins family believes in giving back.

Cathy Hession, the eldest of the couple’s four children, runs The Carol and James Collins Foundation, which supports educational causes, particularly in under-served communities. Besides gifts to Cal Poly Pomona, the couple has generously donated to their alma mater UCLA, receiving the UCLA Medal in 2016, the university’s highest honor. In 2017, a new 65,000-square-foot Collins & Katz Family YMCA opened on the campus of University High School in Los Angeles.

Both Carol and Jim Collins say they love the feeling they get when they see Cal Poly Pomona students cross the stage to receive their diplomas or run into alumni who are thriving in their careers.